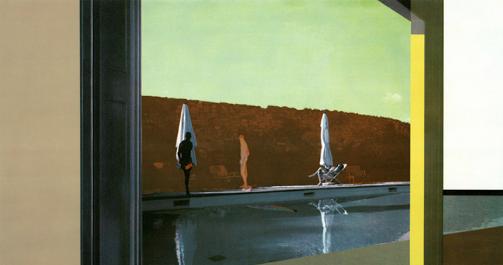 Nils-Erik Mattsson (Gothenburg, Sweden) is a graduate from Valand Academy of Fine Arts at University of Gothenburg (1974-80 and 2000-03). Since the early 80s he has held solo exhibitions in Gothenburg, Skövde and Stockholm, as well as several other cities in Sweden. Mattsson has been included in numerous group exhibitions in Sweden and abroad. In recent years, his work has been included in international exhibitions ranging from biennals in Guanlan, China, and Trois-Rivières, Canada, and triennals in Istanbul and Krakow and was exhibited in the exhibithion Light/Matter at Grunwald Gallery, Bloomington, USA 2017. He has created several public commissions at different cites in Sweden involving various media, ranging from mosaic floors, mural paintings, limestone and laminated glass. The Swedish Arts Grants Committee, as well as other institutions, has awarded Mattsson grants for his works and he received Special Award at 8th Splitgraphic Biennial in Croatia 2017. He is represented at Gothenburg Museum of Art, Skövde Museum of Art, Public Art Agency Sweden and a number of county councils, municipalities and private collections in Sweden and abroad.